To recover your password please fill in your email address

Please fill in below form to create an account with us

Since 2016, Turning Point USA has maintained a Professor Watchlist, which lists college professors that it alleges discriminate against conservative students and advance left-wing propaganda in the classroom. The organization has also secretly attempted to influence student government elections in an effort to “combat liberalism on college and university campuses”.

In May 2018, an internal memo written by Young America’s Foundation (YAF) was leaked, in which YAF leadership “warned” its members to not associate with Turning Point. The memo accused the organization of various improprieties such as exaggerating the number of Turning Point chapters and activities around the country, taking credit for other organizations’ events, increasing attendance at its own events by “boosting numbers with racists & Nazi sympathizers,” and sponsoring “humiliating” campus activism events, in reference to the Kent State diaper incident. In addition, the YAF memo included another memo on the subject circulated internally by Young Americans for Liberty, which accused Turning Point of illegally obtaining YAL’s email list and soliciting its students without their permission, which Turning Point only stopped doing after being issued a cease-and-desist order.[77]

After the memo was leaked in June 2018, a representative for Turning Point criticized Young America’s Foundation in a statement to The Chronicle of Higher Education, accusing the group of “abandoning the ‘Reagan Rule'” that “Thou shalt not speak ill of any fellow Republican.” Although Charlie Kirk did not directly respond to the memo, he posted on Twitter that he wished “some conservatives fought the left as hard as they fight people who support President Trump”. Turning Point’s Communications Director Candace Owens directly responded to the memo, saying she was “truly speechless” over the memo supposedly attacking Kirk for his lack of college experience. A former employee stated on Twitter that “TPUSA activists do some incredible work. It’s a shame the face for their work has become constant, EXTREME inflation of numbers to mislead donors. They have an opportunity to turn this around, and they should.”

My thoughts move to the Regan Rule, we must not fight each other. When was the last time you say the liberals fighting another liberal group? I know there are imposters that “leak” and start trouble, or pretend and commit hoaxes like Jessie Smollett’s attempt to make Republicans look as bad as the liberals. 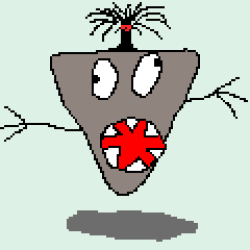 Remember when friends & neighbors had political discussions and they amounted to no more than a fans of KC Chief's and fans of Denver Bronco's...

Welcome to WordPress. This is your first post. Edit or delete it, then start writing!